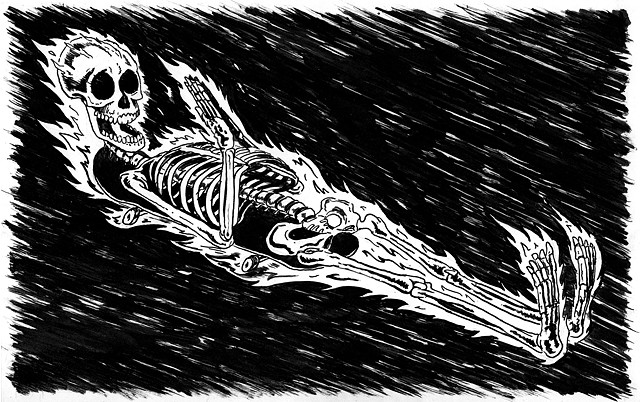 After graduating from The Rhode Island School of Design in 2008 with a BFA in illustration, Phil Ashworth made his way to Brooklyn, NY to chase that big city dream. Since then his work has appeared on books, magazines, posters, skateboards, apparel and in various gallery shows throughout the US. His illustrations have been recognized by American Illustration, 3X3, the Society of Illustrators Los Angeles and have also been featured in The New York Times Fashion & Style, NPR's Studio 360, and Bloomberg Businessweek. He is available for commissions and movie marathons.